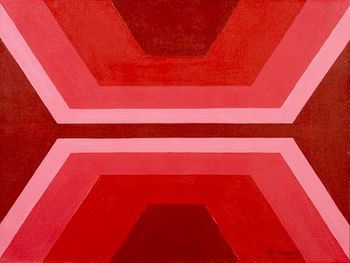 Red is Beautiful is the first painting he ever sold, inspired by the geometrical designs of the Ojibwa crafts and traditional designs. 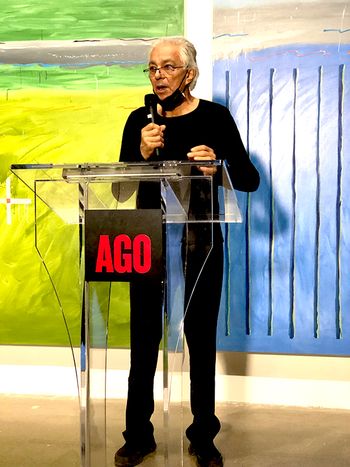 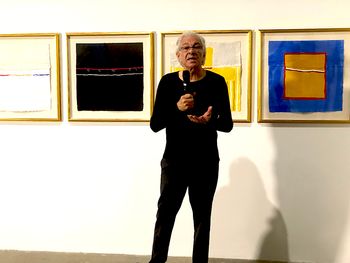 in front of parfleches for the Last Supper 1983 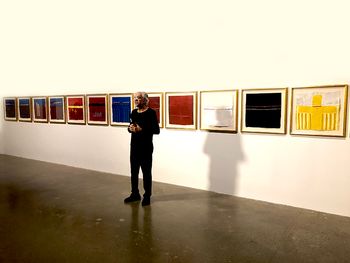 acrylic and porcupine quills on paper. 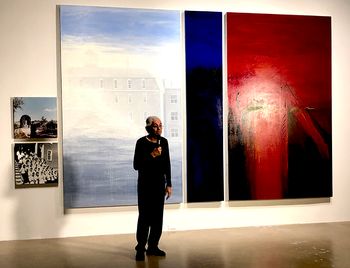 Sandy Bay 1998-99, is a 5-part display meant to be viewed left to right. Moving from photographic representation to abstraction. 2 photos are evidence of his residential school years. 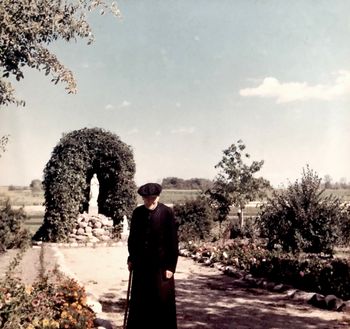 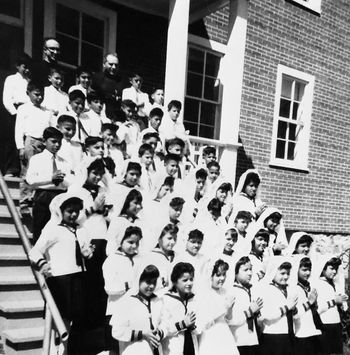 Houle's class on the steps of the residential school. 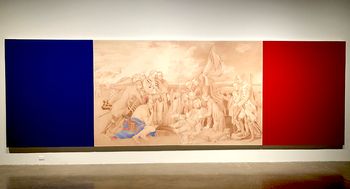 Kanata - Houle appropriates a canonical image from a painting by Benjamin West (1738-1820). 'The Death of General Wolf' 1770 by copying the image in sepia-coloured conte crayon, and only paints the Delaware warrior. 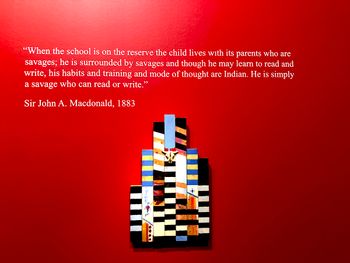 These are the disgraceful words of Sir John A. Macdonal, a former Prime Minister of Canada. 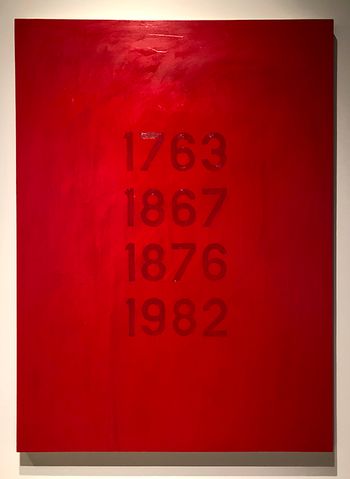 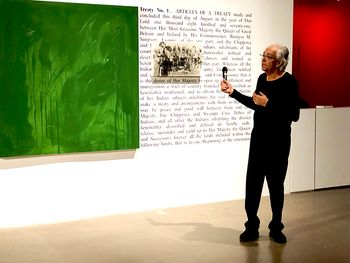 "I come from Treaty No.l; Treaty No. l transformed the District of Assiniboia into the Province of Manitoba. 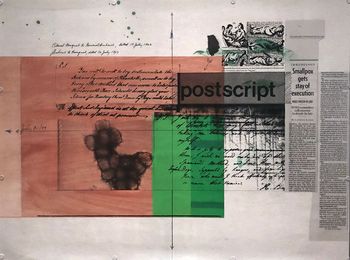 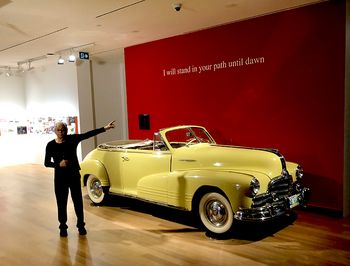 "Growing up in the 'rez in southern Manitoba in the 1960's, Pontiac was the family car that we drove down to the lake. It wasn't until high school that I learned about Pontiac, the Odawa chief who led a confederacy of eighteen nations against the British army in the summer of 1763, the year of the the Royal Proclamation. 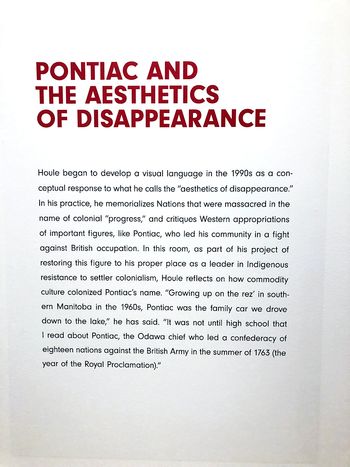 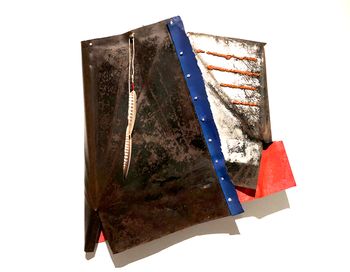 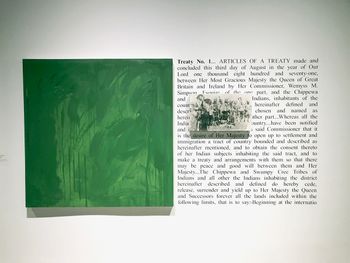 'Premises for self-rule' is a series of 5 paintings with graphite inscriptions with relief-printed text and acetate film with lazer printed text mounted to white multi-ply board, juxtaposing abstract colour fields with colonial legal documents. 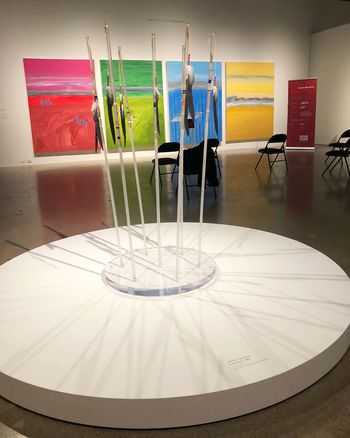 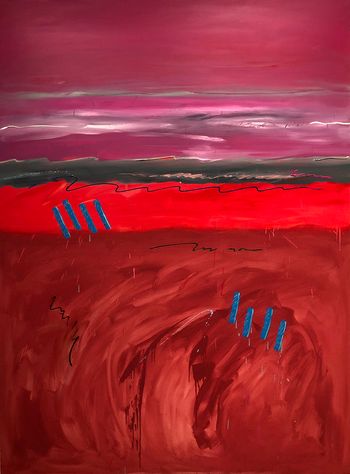 Muhnedobe uhyahuk (Where the Gods Are Present) represents the earth, light, sky and prairie landscape. 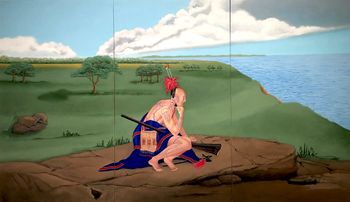 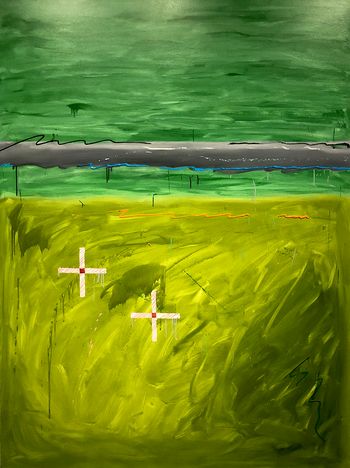 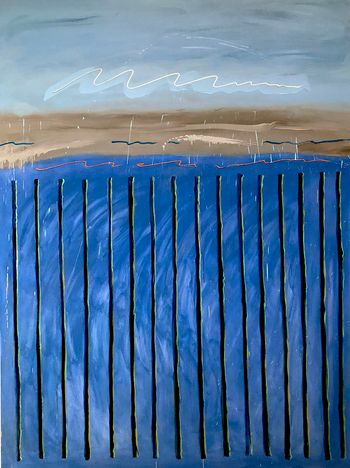 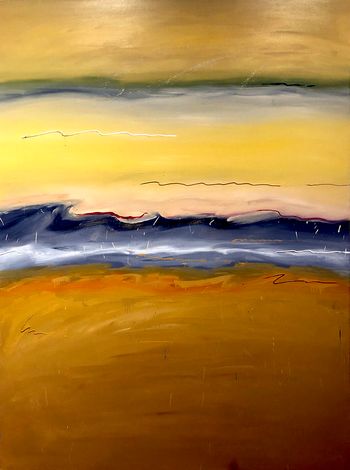 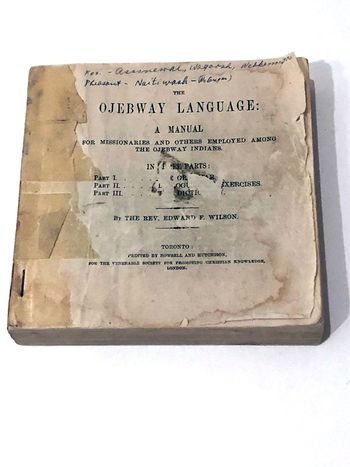 Ojebway language manual for missionaries and others employed among Ojebway Indians - in three parts. 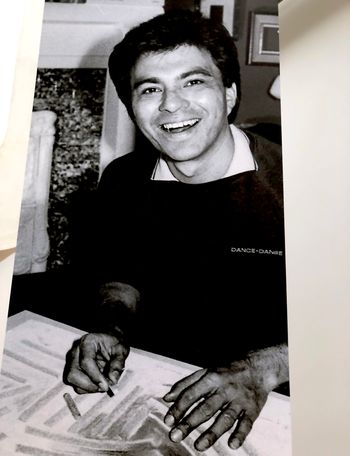